Ballooning for sustainability: Bertrand Piccard and his vision

I just attended an inspiring lecture by Dr. Bertrand Piccard.

First a little background, Bertrand was born in a family of explorers. His grandfather Auguste is credited with inventing pressurized cabins for aircraft and, for a time, held both the highest altitude and deepest dive records. His father, Jackues, designed and built the deep diving vessel Trieste that managed to dive 10km below surface at the deepest point of the ocean at the Marianna Trench. This feat was not repeated with manned vessels since and currently there is no operational vessel that can readily achieve such depths. Bertrand himself continued the tradition of pushing the frontier by completing the first round-the-world trip in a balloon (the Breitling orbiter) which was also the longest in duration flight achieved. He is also a psychiatrist and hang-glider pilot champion.

So where does sustainability fit? Well, Bertrand used his achievements (and those of his illustrious family) as metaphors.

In referring to his father’s dive, he pointed at the discovery of live fish at the ocean bottom. Not only did this provide an unexpected finding to biologists, he argued that it conclusively showed that there is oxygen at those depths. Oxygen can only reach there through circulation from the surface and so by implication there are currents from the bottom to the surface. This finding would cause a slight shift in the paradigm: deep sea trenches were not the safe dumpster bins for humankind that were thought to be. Toxins and radioactive waste thrown in there would come back to haunt our biosphere sooner or later.

I use this as one example to illustrate the way that he described his explorations: not as innately valuable neither as means to an end but rather as narrations and parables of aspects of everyday life. 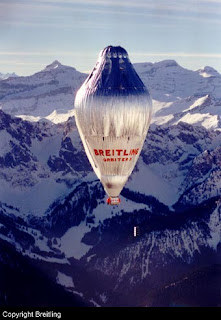 Ballooning thus became a metaphor for life, life attuned to success. Unlike the aggressive can-do-what-I-want-now way of living that is passed as the ideal in western societies, he argued that ballooning provides a much better metaphor. In fact, the undercurrents and forces in our lives are too strong to go against. Trying to push back against the prevailing winds costs us in resources and is usually counterproductive.

The balloon can instead search the atmosphere by changing altitude and looking for the currents more conducive to the general direction that we would like to head. Changing altitude can be achieved by throwing out ballast; the entrenched beliefs, the inability to listen, the egomaniacal certainties can be the ballast that people could throw out to explore the potential of their lives. But this does not necessarily imply a “go with the wind” attitude.

Weathermen are necessary for any flight that has a purpose. Weather forecasters are those with a vision of complex system interactions. Those that can see long-term implications of actions. Academics and politicians he implied should be the weathermen in our society. While plodding along at 40mph during the fourth day of his around the world flight, he and his co-pilot decided to search for a different wind pattern despite being instructed against doing so by their weathermen. After finding an 80mph current following approximately the right direction, they felt smug and called back to announce that they could do better than the experts. They were instructed to revert to the original altitude because while they may be temporarily flying faster they would soon end being ahead of the front and heading towards the North Pole, a largely undesirable outcome that was not apparent and instead needed systemic knowledge and forethought.

Even so, when landing after the completion of the flight, they had only minimal reserves of propane and even a minor delay could have resulted in missing their target. “That is bad planning,” he said, and the metaphor now reflected humanity’s management of the earth’s natural resources. 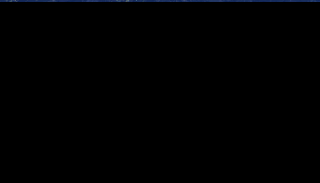 The Solar Impulse, his next endeavor, of building and flying an aircraft that takes off unaided and flies around the world relying entirely on solar power is designed with specific focus on sustainability. If he and his team can do this unbelievable achievement for a plane with existing technologies (20% efficiency of the PVs and current NiMh batteries) then we, ordinary people, should be able to achieve much less aggressive targets for our cars and appliances.

In talking about all these, he mentioned the issues of equity. Pictures from Mumbai underscored the chasm between haves and have-nots. Maybe calculated for a different audience, he argued that it is in the self-interest of the richer to provide for the poor lest they face the consequence of revolt. Maybe he intentionally forgot the building of police forces with military training and of mercenary armies, maybe he did not want to argue from a spiritual perspective. I did not always agree with what he said and certainly have not verified some of his assertions. From what I described, he may sound cheesy and new agey inspirational, and in some sense it might have been, but there is no denying that his vision was gripping and with a good chance of success. 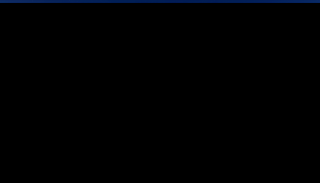 Images courtesy of www.bertrandpiccard.com and www.solarimpulse.com
Posted by SS at 2:16 PM No comments: